Trifle is a classic British dessert made by layering pieces of sponge cake, fruit jams or fruit purée, and egg custard. The sponge is usually soaked in fortified wine or brandy such as sherry, port, or Marsala, and the whole dessert is commonly topped with whipped cream.
"What's called "jelly" in America is called "jam" in England, and the English call the American's "gelatin", "jelly"! But, any way you slice it -- spread some fruit preserves over cake, top with a gelled fruity confection, sweetened, stovetop-thickened milk, and whipped cream -- and you've got trifle!"
Trifle is traditionally prepared in glass bowls, and the classic version is often altered with various flavorings and additions such as chocolate, jelly, nuts, glacé cherries, as well as fruit juice or soft drinks in a non-alcoholic version.
The familiar form of trifle was well-known by the Victorian era, but unlike today, it was primarily made to make use of leftover sponge cakes and custards. Similar desserts can be found in Scotland (tipsy laird) and the Southern United States (tipsy cake).
What: Sponge cake, usually soaked with sherry or wine, is layered with custard, fruit or jam, and whipped cream to make this quintessential English dessert, recipes for which have been found dating back as far as 1596. Often made at home, particularly at Christmas, trifles are simple affairs, pleasing to look at and somehow simultaneously light and decadent.
Where: Traditional British food rules at Rules (35 Maiden Ln, map), the city’s oldest restaurant. Established in Covent Garden in 1798, it feels like a mix of lived-in hunting lodge and gilded dining hall, all antique mirrors, portraits, chandeliers, and mounted deer heads. It’s the kind of upscale touristy place that locals love, both for its clubby upstairs bar and high-quality food. 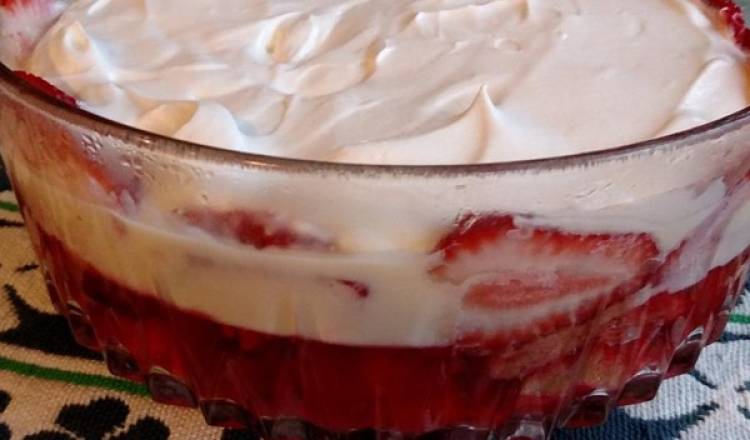 Method for Trifle recipe and Ingredients